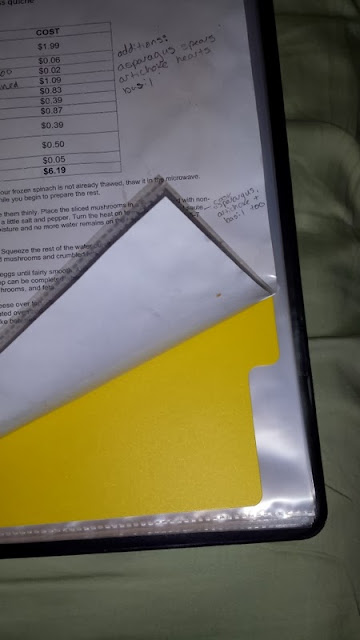 The divider tabs don't stick out past the edge of the sheet protectors. This makes it impossible to see the section labels, which defeats the purpose of dividers.

Luckily, there is a rather easy, if not immediately obvious, solution. Put the dividers inside a sheet protector. 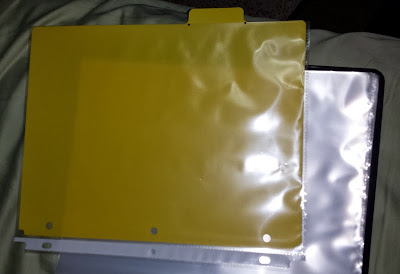 This requires cutting a slit through the edge of the sheet protector for the divider tab to stick through. 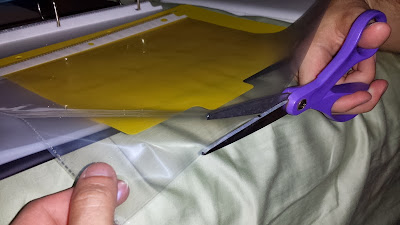 This is much more effective. You can see the tabs! 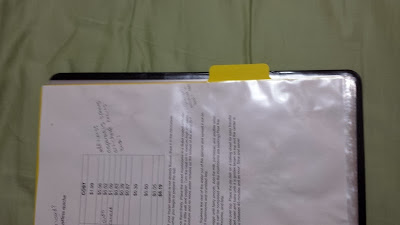 The only tricky part is for the first one in the set of dividers. If you cut the slit at the top of the sheet protector, right at the page opening, the corners will be loose and floppy. To avoid this, flip the sheet protector upside-down. The tab sticking through will keep the divider from falling out the bottom, and there will be no loose plastic corners to get crumpled. 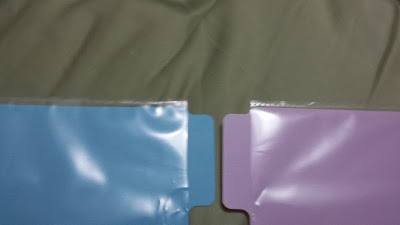 Here is the finished result:  protected pages with section dividers. Who says you can't have your cake and eat it too?

I recently found myself painting a couple rooms. The hardest part for me (and apparently for others also) is painting the edge between the walls and the ceiling.

In the past, I had tried taping the edge. This didn't work out so well. The walls and ceiling are textured, so paint just seeped under the edge of the tape. I had to redo the entire edge. Taping that way was worthless.

Doing it completely by hand, as recommended by some, took me even longer.

So, I turned to the internet for advice. This article was particularly useful. http://lifehacker.com/5975243/whats-the-best-way-to-paint-edges
I decided to try the trick described by commenter "esac," about halfway down the page.

To summarize:
Step 1:  Paint the ceiling. Pay no attention to the edge. (Very easy.) 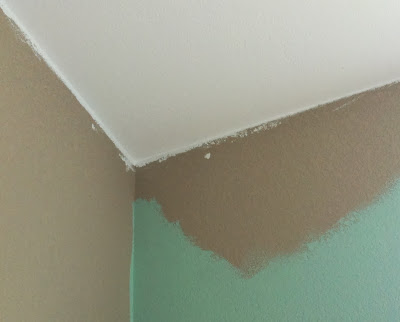 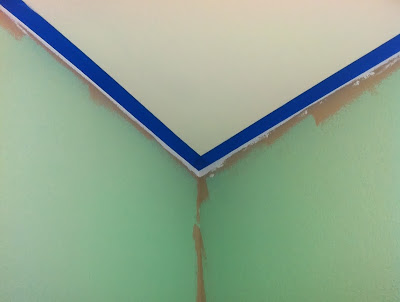 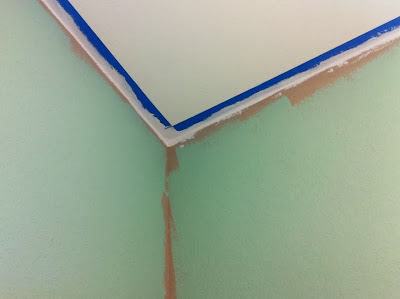 Step 4:  Paint the edge of the wall with the wall color.  (Still easy.)

I forgot to take after pictures, so I will describe the result with words.

It was not perfect:


Overall, the process worked pretty well. The next attempt will be to use better tape to avoid pulling off the texture, and to remove the tape immediately after painting each section.
Posted by Unknown at 12:00 AM No comments:

Email ThisBlogThis!Share to TwitterShare to FacebookShare to Pinterest
Labels: DIY, Tips and Tricks

I am the happy owner of a Nook Simple Touch. I love how compact and portable it is. The battery lasts for weeks, and reading on the E-Ink screen is a joy. It is a wonderful product.

This post is about a way to make it just a bit better. The Nook operating system is Android 2.1, but it is completely locked down into the pre-installed apps. By rooting the device, you can open it up for customization.

There are several benefits to rooting the Nook:


The instructions I followed are posted on the Babbling Engineer blog.
The method uses NookManager, a tool which makes it very easy.

Following their instructions worked perfectly. I have very little to add about the process. I am very happy with my rooted Nook, and would recommend others to try it!
Posted by Unknown at 12:00 AM No comments:

I want to spread the word about a wonderful product. It was discovered while wandering through the local Lowe's or Home Depot. I don't remember which, but they both carry it.

It is Velcro! For plants!! 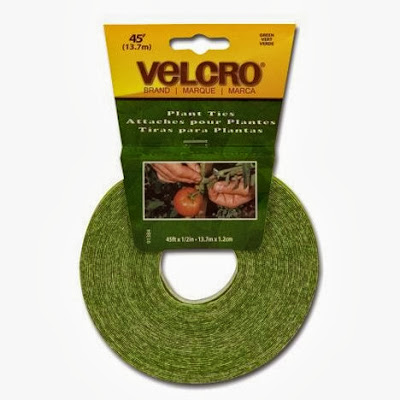 If you have ever tried to tie plants to a trellis or cage, you know that there are many inexpensive and semi-frustrating options. These include wire, twine, and the like.

To gain these benefits, there is a minor downside. It does cost a bit more than the alternatives at just under $4.00 for a 45 foot roll.

A word of caution:  beware buying this online. Some places are charging close to $20 for the same thing. 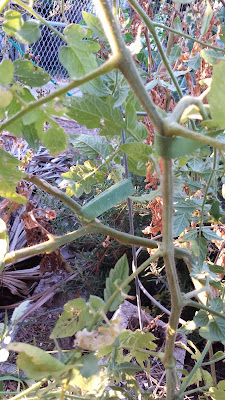 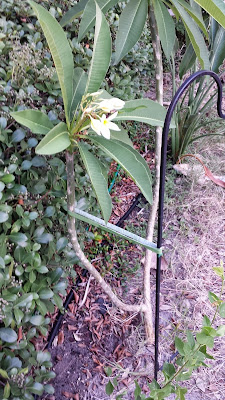 Email ThisBlogThis!Share to TwitterShare to FacebookShare to Pinterest
Labels: Gardening, My Favorite Things

It turns out that you can measure a person's heart rate visually. Or at least sensitive electronic sensors can. Each time a heart beats, blood pressure increases and then decreases. This causes an increase and decrease in the amount of blood in the capillaries near the skin's surface. This results in a corresponding change in the amount of light that passes through the skin.

All it takes to measure these changes are a light source, and an optical sensor.

Smartphones have all the necessary requirements. The flash is a bright light. The camera is designed to capture millions of pixels of light. All that's missing is some software to put the two to a different use.

There is an app for that. Several actually. Many of them free.

The one I ran across is Instant Heart Rate by Azumo, Inc. 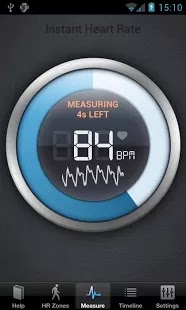 You simply place a finger over the camera. The flash shines onto your finger. Some amount of light passes through your skin, like when you hold a bright flashlight up to your fingers. The camera measures the changes in light and interprets it as a pulse.

The information is graphed in real-time on the screen, and your pulse rate is calculated.

Small movements can distort the reading, so it's important to hold still. Pressing hard prevents blood from flowing into your finger, so it's important just to hold your finger lightly against the camera. Other than that, it gives surprisingly accurate results. Which is very cool. And it may even be useful to someone.
Posted by Unknown at 12:00 AM 1 comment:

A while ago, I described a modification I made to a brew hauler to keep it from sagging. (I also explained what a brew hauler is...)

Now, I'm going to describe a modification to keep the brew hauler from getting tangled.

I tend to leave my brew hauler on the carboy throughout fermentation. This can result in stuff being spilled and general filth accumulating on the brew hauler. I typically run it through the washing machine after brewing a batch to clean it up.

This usually results in the straps becoming twisted, tangled, and slid out-of-place. This requires minutes (MINUTES!!) of tedious untangling. This post shows you how this can be eliminated with a few mere hours of work.


Here you can see a tangled and discombobulated brew hauler after it has been washed. 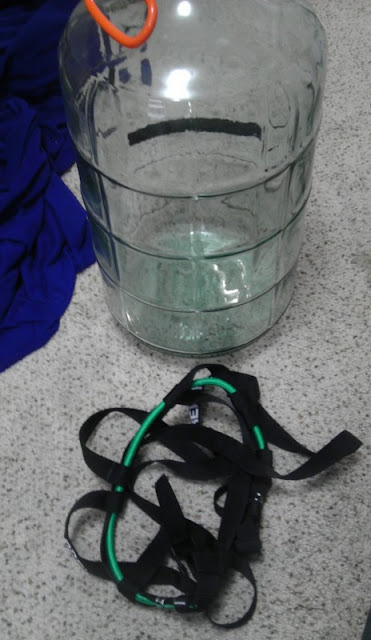 Here is a closer view. You can see the ends of the straps bunched closely together. The handles and straps can be rotated around making it difficult to know which side should be up. 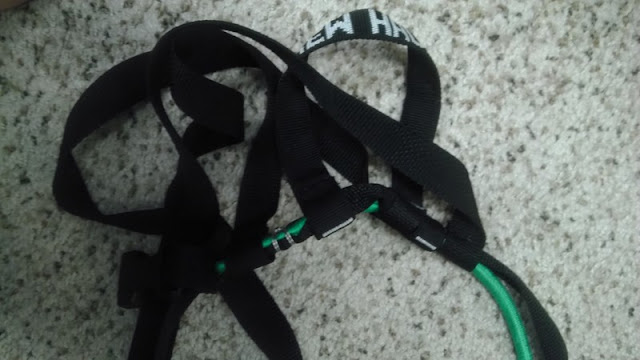 Step 1 is to sort out the brew hauler and place it on the carboy. 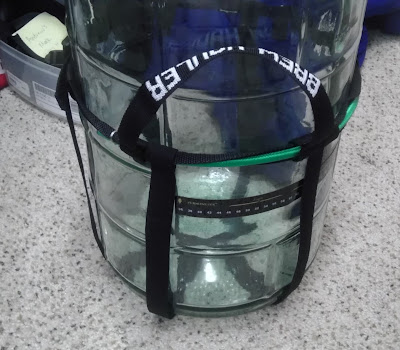 Step 2 is to arrange the straps so that they are evenly spaced and the handles are directly opposite from each other. The straps should form an even star pattern when viewed from above. 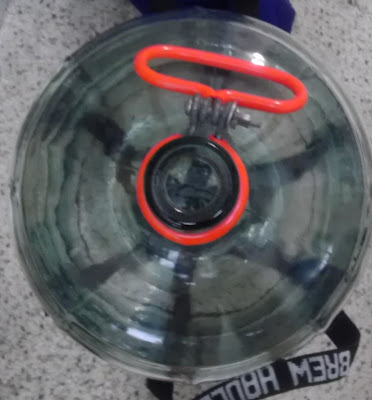 Step 3 is to mark the location of the straps using something that can be seen on the black webbing. In my case, I used a silver Sharpie. 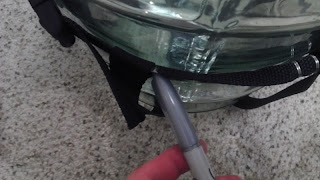 Step 4 is to grab a needle and thread and sew the straps in place. 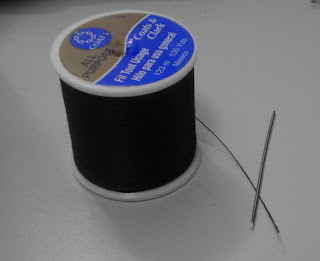 Here is the finished version. You can see the short line of stitching that holds the ends of the handles/straps to the center belt. 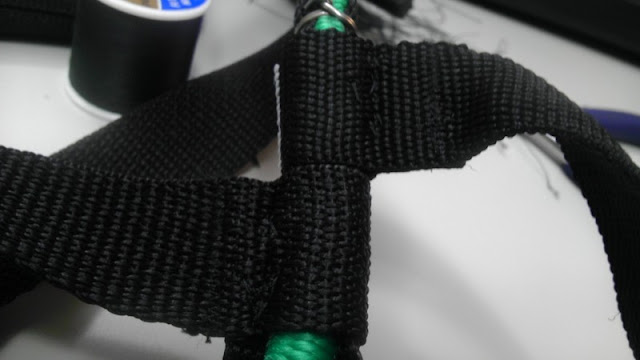 The thread is not required to be load-bearing. It serves only to keep the straps from wandering off. This modification makes it incredibly easy to straighten things out after washing, but means that the brew hauler can only be used on a single size of carboy. In my opinion it is very worth it.

When scuba diving, it is important to be able to cut your way out of tangles. This is especially true if you are diving in places where people go fishing. It is difficult to see monofilament fishing line underwater. Entanglement is a real hazard.

For this reason, most scuba divers carry a dive knife with them. It is also a good idea to have an easily accessible backup, just in case your normal knife is lost or cannot be reached.

I own a Dive Rite Z-Knife line cutter as a backup.

It is based on the design of a parachute line cutter for cutting away a tangled chute before opening the spare. It has a razor sharp blade, and its shape minimizes the risk of accidentally cutting yourself when using it.

I like it, but there is one disappointing drawback. If you happen to try to cut steel fishing cable, you will only succeed in destroying that sharp little blade. It also has the tendency to rust over time. (Mine lasted a few months before rusting, but only one trip before I tried cutting something it couldn't.)

Or at least not ones that I could find.
These people couldn't find them either.
These people had some ideas, but nothing readily available.

So. Since it appeared that the only option was replacing the whole thing, I had nothing to lose by trying to modify mine. 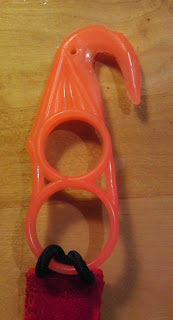 Next, I scoured the internet trying to find an identical replacement. No luck.

Finally I went to the local hardware store and found this. It has a stainless blade (not sure what grade, but we'll see how it lasts), and the blade width of 9 mm is very close to the 8 mm blade I removed.

I broke off a section that consisted of four segments of the blade, and ended up with this piece. It is remarkably close in size to the blade I removed. 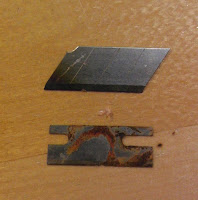 Next, I partially pushed in the new blade. It was a little difficult. I could tell that the blade was larger. To fix this, I used the pencil torch from my arsenal. I heated the point of the blade for a few seconds and then used needle-nosed pliers to pull the hot blade into place. This melted away some of the plastic, making room for the different-shaped blade end. It still interfered with the screw hole after the first time, so I pulled it back, reheated, and pushed it a little further. Below you can see the before and after. 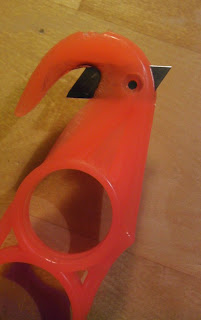 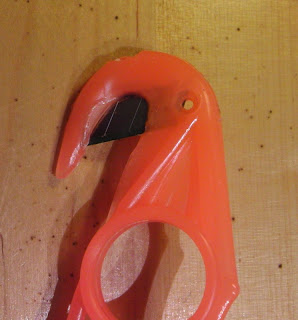 Using the needle-nose pliers, it was pretty easy to remove and install the blade at this point. (I took the comparison pictures of the two blades after doing this. That's why the tip of the new blade is discolored in the pictures at the beginning.)

Here you can see the final result. The blade is firmly held in place by the screw. 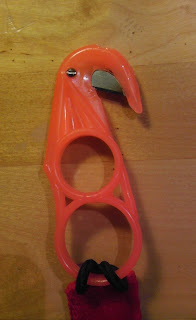 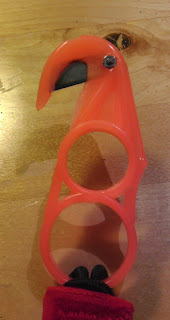 There was enough left of the box cutter blade to make 3 more of these replacements. We'll see how long they last, but this appears to be much more economical than replacing it each time the blade is damaged or rusts.